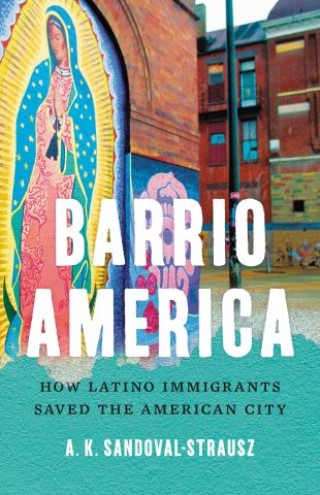 Thirty years ago, most people were ready to give up on American cities. We are commonly told that it was a "creative class" of young professionals who revived a moribund urban America in the 1990s and 2000s. But this stunning reversal owes much more to another, far less visible group: Latino and Latina newcomers.

Award-winning historian A. K. Sandoval-Strausz reveals this history by focusing on two barrios: Chicago's Little Village and Dallas's Oak Cliff. These neighborhoods lost residents and jobs for decades before Latin American immigration turned them around beginning in the 1970s. As Sandoval-Strausz shows, Latinos made cities dynamic, stable, and safe by purchasing homes, opening businesses, and reviving street life. Barrio America uses vivid oral histories and detailed statistics to show how the great Latino migrations transformed America for the better.