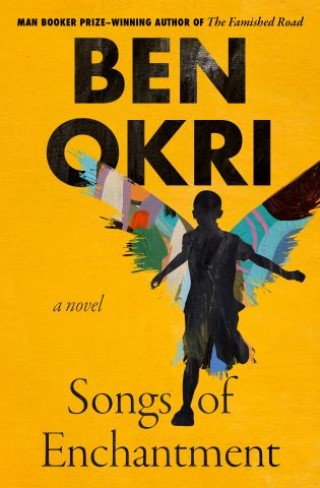 Set in an African village, this follow-up to the Man Booker Prize–winning novel is “sometimes whimsical, sometimes bawdy . . . Fraught with wild visions” (The Times).

“All is not well in the African village where Azaro lives. The child narrator of poet and novelist Okri’s The Famished Road, who had outwitted death in the previous book, again relates the oppressive events that continue to plague his village and his family. While political factionalization shatters the community's cohesiveness, the prodigious bar owner Madame Koto, chief exponent of the ‘Party of the Rich,’ alternately exudes portentous metaphysical malaise and miraculous erotic force. Little Azaro, himself touched and distracted by a series of animuses, follows the heels of ‘dad,’ who is a resounding vessel, by turns, of cantankerous egotism and abased self-sacrifice. This Nigerian epic reveals a violent provincial world, opaque with magical spirits which place horrendous ethical demands on fragile and fickle humanity, as if to test each individual for a thread of virtuous constancy at the core. Events drench the essentially linear narrative with all the ruthless sensuousness of a tropical storm, and Okri’s prose is lucid and deft.” —Publishers Weekly

“Okri conjures up the fabulous with the same ease as he affectingly details the ways of the human spirit in a lovingly evoked African setting teeming with life—both real and mythic . . . Stunning.” —Kirkus Reviews

“Once again we’re bedazzled and bedeviled by Okri’s phantasmagoric prose and the strange and wondrous sensibility of Azaro, a spirit-child living in a poor African village.” —Booklist

“Both a love story and an account of the political turmoil between the parties of Rich and Poor.” —The Independent

Ben Okri:
Ben Okri (b. 1959) has published ten novels, including The Famished Road and Starbook, as well as collections of poetry, short stories, and essays. His work has been translated into more than twenty languages. A fellow of the Royal Society of Literature and an Officer of the Order of the British Empire, he has received numerous international awards, including the Commonwealth Writers’ Prize for Africa, the Aga Khan Prize, and the Chianti Ruffino Antico Fattore International Literary Prize. He is a vice president of PEN International’s English Centre and was presented with a Crystal Award by the World Economic Forum. Born in Nigeria, Okri now lives in London.